Rising Hip Hop artist Donnell Musekiwa popularly known as Ghost Gang is amongst the artists in Zimbabwe whom have been riding high on the “New Age Hip Hop wave” which has led to the birth of artists such as “Chiround” hit maker Obi Davids, AK LUVE, PRO BEATS, HOLY TEN to mention only just a few. Ghost Gang recently released his single featuring “Yorkmouthe” titled “No Cap”.

In an interview with Hitz Alert’s Zimbabwean correspondent recently – Ghost Gang said he gets inspired by the sound in music and Nasty C.

“The sound in music gives me the inspiration and determination to create something which someone can relate to or cherish just like Nasty C because he plays an important role in my career; he is like a godfather to me”.
Ghost Gang is currently studying Banking and Finance at Harare Polytechnic College. Asked on how he is balancing school work and music he said his family is playing an important role in guiding his steps.

“My family has been there since I started my music although at times you know how it is with families they will doubt you until you make or break but all I can say is my family believes in me so my duty is to do them proud by becoming a smart rapper, so we need school”, he chuckled. 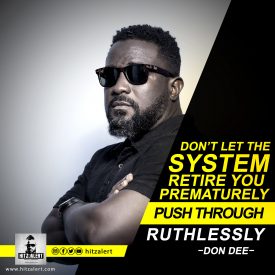